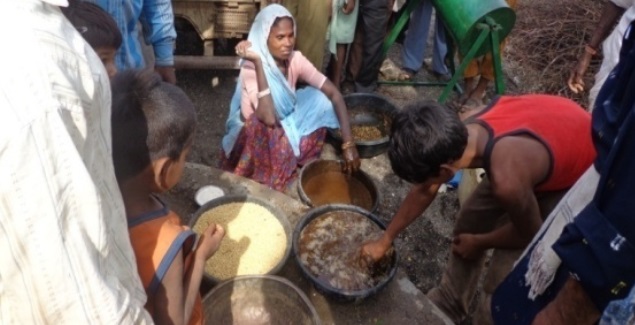 Underground water tanks constructed which benefited 1000 children every year. Roof water harvesting of 48,00,000 litres annually done in the campus. In addition 50,00,000 litres of waste water per year recharged into the ground after treatment.

Deepening of dugwells, deepening of percolation tanks, installation of tubewells and the testing of water are the services provided that have improved availability of potable drinking water for a population of 40,000 in Petlawad Tehsil

Fertile Silt from percolation tanks has been dugout and spread on 5000 hectares of land making it more productive.

1600 Households in 125 villages provided with smokeless wood stoves considerably reducing the problems of women from inhaling too much smoke. The consumption of firewood has also been reduced by 50 percent as these stoves more fuel efficient which reduces the load on the environment and the women have to gather less wood.

200 Households provided with solar lighting resulted in cumulative savings of 20000 litres use of kerosene oil otherwise.

A concentrated campaign conducted to prevent the introduction of genetically modified seeds and it succeeded in the case of BT Brinjal. Sampark, Lok Jagriti Manch and Beej Swaraj Abhiyan have participated in this national campaign and conducted Yatras and rallies and created posters, booklets and videos for the purpose.

Campaigns conducted to increase awareness about water conservation and Yatras taken out from time to time to spread the messages among the larger tribal community.

Training workshops, seminars, yatras and demonstrations have held continuously to sensitize the community and the Government to conserve bio-diversity which resulted into organized action to save bio-diversity in the state now.