Demand for Implementation of Government Schemes

Demand for Implementation of Government Schemes 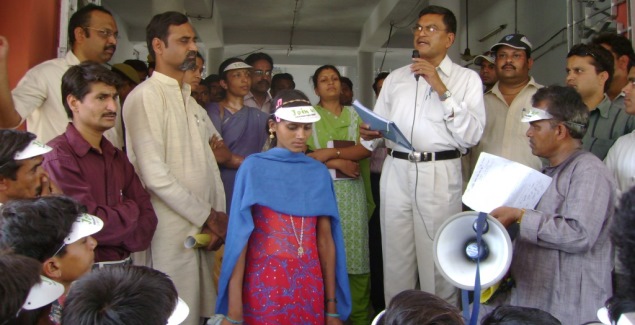 If all these avenues failed to deliver, the matter could be taken to court. Attempts have been made to raise 115 issues related to the developmental schemes of the villages toSupreme Court too.

While working on people’s rights, it was always kept in mind that local people were associated and they would controll the entire process and it would taken forward by them only. The role of Sampark was confined to provide information and work as a facilitator only.