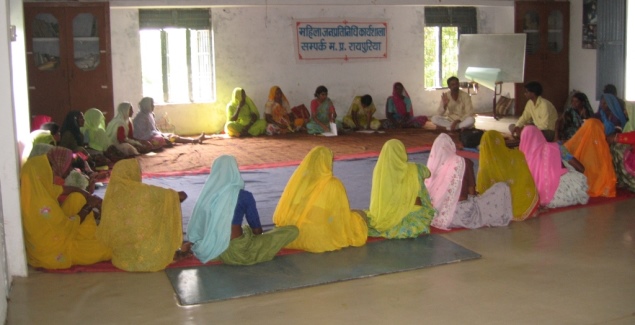 A voter awareness workshop in progress

During the third elections to panchayats in 2005 Sampark launched pre-election voter awareness campaign to make people aware of the attributes of candidates they have to keep in mind while electing a candidate for them. During the campaign, prospective women candidates were specially targeted through street plays and workshops to make them aware of the electoral process. It was shared with women that they could contest even from those seats which not reserved for them also.

A positive effect of the campaign was visible in the elections. Women in large numbers contested and elected.