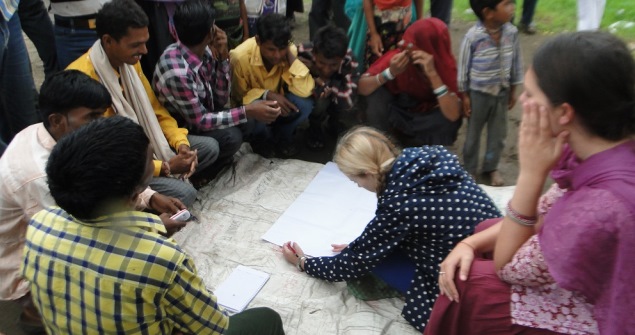 Data Collection for research on digital divide in progress

Information and communication are two important components of development practice as without effective communication to transfer information to the deprived sections it will not be possible for them to take advantage of various government programmes and also compete in the market. Sampark conducted a research in Jhabua district as part of a larger survey spread across five districts of Madhya Pradesh to estimate the extent of access of deprived sections to mobile telephony, internet and electronic media. The aim was to see the level of the digital divide between urban and rural areas, between the rich and the poor, between the general castes and the tribes and between men and women.

The research was conducted in the four villages of Hanumantia, Kalighati, Matapada and Roopgarh selected on the basis of their distance from the town of Petlawad so as to estimate the influence of geographical remoteness on digital access. The objectives of the research were as follows:

The survey showed that the access levels varied inversely with the distance from Petlawad and with income levels. There is also gender inequality in access to digital media with only 34 per cent women having mobile phones, 2 per cent having control over the television remote and 12 per cent having access to the internet. With regard to mobile services the main obstacles to access were the high cost and lack of language proficiency. With regard to the internet the main obstacles to access were the lack of infrastructure and language proficiency. Meetings were conducted in the villages to discuss the adverse impact of this huge digital divide that exists in the project area. Given that mobile telephony and the internet are increasingly going to become the media for conveying information and registering grievances, the importance of removing the digital divide with respect to these two media was driven home in the discussions.