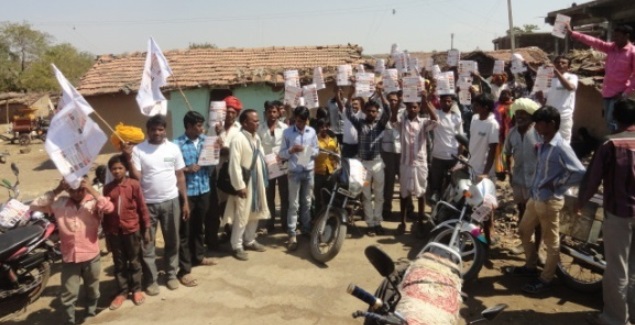 Members of Lok Jagriti Manch raising an issue in the village

The Lok Jagriti Manch  mobilised the people for various rights based actions to secure their entitlements from the Government as follows: